We are an approachable, friendly firm, made up of solicitors, a barrister and excellent support staff. We offer all of the services you would expect from a high street firm and also have a Notary Public and a Mediator.

We pride ourselves on our personal and caring approach to legal services.

We mainly serve Epsom and the surrounding areas, however we also have clients who are based all over the world!

We accommodate special requirements or needs – just ask! We cater for those who are less mobile and offer home visits when they are needed.

In 1992 the Firm merged with David Moss & Co. and became known as Gumersall, Palmer & Moss. Arthur Gumersall died in 1993 while still working as a Consultant. In 1995 it was decided to call the Firm only Gumersalls as we are today.

In early November 2019, we moved to our current offices on the Mezzanine Floor in Epsom Square (the building where the Library is located). 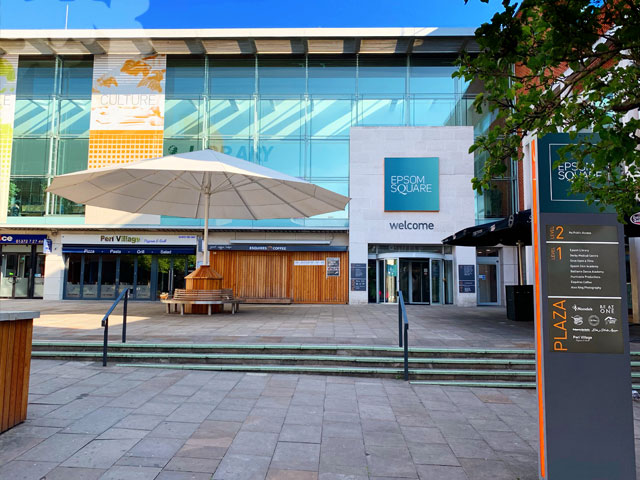 Our offices on the Mezzanine Floor in Epsom Square (the building where the Library is located).

Opening Hours
Monday to Friday: 9am to 5pm

We are a local, friendly firm of solicitors in the heart of Epsom, with the knowledge and expertise to meet your needs.

We are looking for a Divorce and Family Solicitor to join our team.
More details on our Vacancies page

The New York Times has reported that the 91-year-old is walking away from his fourth marriage with the 65-year-old former model six years after walking down the aisle.

END_OF_DOCUMENT_TOKEN_TO_BE_REPLACED

Authorised and regulated by the Solicitors Regulation Authority SRA No. 74839

You can find out more about which cookies we are using or switch them off in settings.

This website uses cookies so that we can provide you with the best user experience possible. Cookie information is stored in your browser and performs functions such as recognising you when you return to our website and helping our team to understand which sections of the website you find most interesting and useful.

Strictly Necessary Cookie should be enabled at all times so that we can save your preferences for cookie settings.

If you disable this cookie, we will not be able to save your preferences. This means that every time you visit this website you will need to enable or disable cookies again.